Thank you for joining us on Wednesday, March 30.

All SMPTE New England meetings are FREE to members and non-members !

JOIN US FOR A  REAL DOUBLEHEADER!
First inning:

The event will be held at Talamas’ new 1,400-square-foot meeting space at our Newton, MA facility.

We are at another crucial moment in the changeover of the RF spectrum here in the US.  A second spectrum auction, scheduled for March 29, will drastically affect both the available frequencies, and the very way in which we operate wireless microphones, intercoms, and in-ear monitors.  In this presentation I will endeavor to give as clear a picture as possible of the coming changes to the RF spectrum and what we need to do to prepare for the challenges that lie ahead.  These challenges will involve both finding clear frequencies and bands in which to operate, and a new and intensified requirement that we respect and follow the best practices for the use of our wireless gear. Topics covered will include:

A former engineer at the UNITED NATIONS, Howard Kaufman is going on his 20th year with LECTROSONICS as both a sales engineer and technical representative. Howard’s background includes Radio Engineering, Sound System Design, Studio Design and Live Sound Mixing.  His main interest these days is mainly wireless microphones and their use in Film, TV, ENG, and Theater sound. Lectrosonics is one of the foremost manufacturers of wireless audio products used in the television and film industry worldwide. A frequent speaker at organizations such as the Audio Engineering Socierty (AES) and the Society of Motion Picture and Television Engineers (SMPTE), among others. Howard has often been referred to as “Lectrovangelist,” a moniker he is proud to live with.

The most celebrated movies are unimaginable without their iconic music and sound design: Jaws, Star Wars, Casablanca, E.T.   Without the auditory effect behind such films, their impact is greatly diminished.  The music and sound help carry the emotion of scenes, and help tie a film together.

There is an important marriage that exists between the filmmaker and music composer/sound designer.  How do the two worlds communicate during both pre-production and post-production?  Having worked together for over ten years on commercial, documentary and non-fiction films, Filmmaker Eric Latek and Music Composer/Sound Designer Mauro Colangelo discuss the collobration of the the visual and auditory form.  Showing various examples of the current films they are working on, Eric and Mauro will show various examples of their current films, discussing the aesthetic of how scenes were shot and structured.  Furthermore, the two artists will showcase scenes both with and without music/sound design in order to show that a film is not complete until visuals bind with sound. 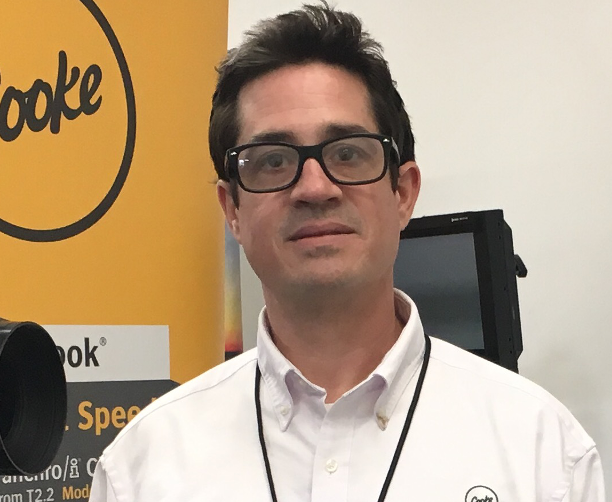 Eric Scott Latek graduated with a BS in Film Concentration, Visual and Media Arts & Mass Communication from Emerson College in 1998. Latek’s commercial work has landed him several Telly Awards, a Stevie Award and over a half dozen Emmy awards and nominations. Some of his commercial efforts were in directing/producing promotional spots for major companies like IBM, Cox, IGT and Metlife.

The vast knowledge cultivates from Latek’s experience in the world of filmmaking.  Eric has been working on a feature documentary called “Tiger” which he has been filming for 14 years thus far.   His most recent documentary short, “Anna”, has won “Best Short Documentary Film” in several film festivals around the world, as well as “Grand Jury Prize”.

Mauro Colangelo has mastered music composition in a career spanning over two decades. He graduated at the Conservatory of Music in Milan, Italy, his hometown where in 1990 he was also hired by a recording studio as a composer. From that time on he never left the studio business and went on to produce and score for Films and Documentaries, TV, Radio and Multimedia building a reputation for delivering the musical goods in any number of music genres and for different media.

He produced music for Radio and TV commercials for several renowned accounts such as Sprite. The song “Get Up” produced for the Sprite commercial received such an outstanding consensus that (opposite to customary marketing procedures) actually, Sugar Records – same as of internationally renowned singer Andrea Bocelli picked it up and went on to produce a very successful record. Other major accounts include:

Coming Up With Talamas

The wireless landscape is changing in OUR area. Are you prepared? Join us at Talamas on March 4 2pm - 5pm for a FRE… https://t.co/ugSfprB4cT

We have added two more Arri Skypanel S60-Cs to our inventory! This LED light is perfect for your next project. The… https://t.co/yhlxCV3oMS