Production sound for live action motion picture and episodic television has changed dramatically over the last several years. With the ever-increasing pace of production, plus more unscripted dialogue and multi-camera shooting, production sound has had to evolve their techniques, workflow, equipment, and knowledge to successfully record location sound.

Jon will discuss the practical considerations of sound recording on a live action motion picture production. He will talk about the need and application of multi-track audio recording, including automatic mixing for unscripted dialogue. Timecode synchronization, metadata management, file workflow, and file management will also be discussed. Representative products will be on-hand.n-hand.

Jon will introduce tools and techniques for get the most out of today's high-resolution, high bit-rate digital cinema cameras. The discussion will highlight the advantages of log recording, how to read a production video monitor, and the fundamentals of video codecs. The newly released PIX-E5 will be used to demonstrate these concepts.

The event will be held at Talamas’ new 1,400-square-foot meeting space at our Newton, MA facility. 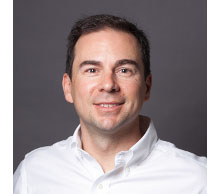 Jon Tatooles started his career at Shure Inc. in 1989 shortly after graduating from Northwestern University with a degree in television and film. In 1998, he and Matt Anderson started Sound Devices, a company focused on building specialized products for field production. Jon is co-founder and holds the position of Chief Business Development Officer. A well-known industry leader, for the last 16 years Jon has traveled to customers worldwide teaching sound and video production.

DID YOU KNOW! Talamas can help you help your clients streaming directly from your camera using the Teradek Cube HD… https://t.co/SyG3AHEMSY

Panasonic Lumix S1H Mirrorless Full Frame Camera in Talamas Rentals! Some of the features of this camera include a… https://t.co/m5pE6Uujtc

Panasonic Lumix S1H Mirrorless Full Frame Camera in Talamas Rentals! Some of the features of this camera include a… https://t.co/GZCk3iJHNI

Switch to Shure Digital and Save Instantly through April 16, 2020. Axient Digital Save Up to $600 per channel ULX-… https://t.co/AFktsB88Jv

Lectrosonics introduces the MTCR Miniature Time Code Recorder! When the distance is extreme or using a wireless mic… https://t.co/YIgyp5q3qw